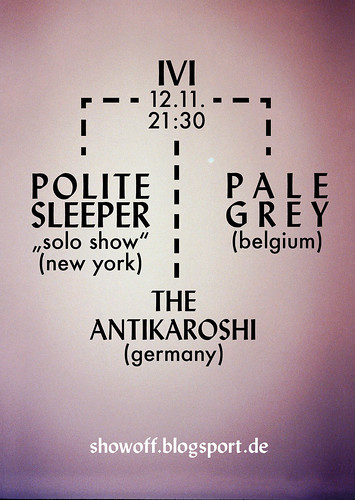 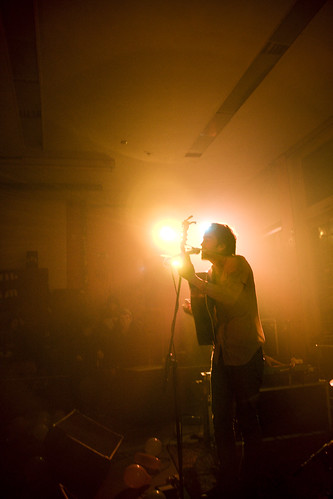 It is at the far end of a barn in the middle of the «Hautes-Fagnes» plateau that Pale Grey meticulously built their songs with subtle melodies and electronic accents. Their universe finds its way on the borders of electro-pop bands like The Notwist, The Postal Service, The Whitest boy alive, without denying the experimental approaches of projects like Why ?, Foals, Pinback or Explosions in the Sky.

After the recording of a first demo in 2007, the duet performed about thirty gigs across Belgium (Botanique, Verdur Rock contest, Escalier…) and made a detour via the Dqliq venue at Luxembourg City. Since then, they have been incorporated in the « JauneOrange » collective (Girls in Hawaii, Hollywood porn stars, The Experimental tropics blues band, Dan San…). At the end of 2008, the initial duet expands itself and is joined by a drummer. Gilles and Maxime took advantage of the year 2009 to focus on their side-projects (Tsu and Dan San) and to record some new songs. After this recording, the band is joined by a keyboardist, and it is with a 4-mate-band that they hit the road in november 2010 to defend these new titles, evidence of the constant evolution of their world.

Their debut ep will be released in may 2011 by the JauneOrange label.

THE ANTIKAROSHI (EXILE ON MAINSTREAM // GERMANY)

“THE ANTIKAROSHI” is the name of an unwanted song written, played and recorded out of a pleading necessity to do so. Why? Because sometimes life or experiences can only be expressed through song, music, lyrics. It’s sort of …autotelic… in a self-sufficient, internally driven form.

THE ANTIKAROSHI was established in this same self-motivated manner free of external influence. Call it destiny. Call it aspiration. But don’t call it convention. The three-piece hailing from Potsdam, Germany is the antithesis to convention. You cannot constrain or pigeon-hole what is happening here. On the other hand, they are part of and inseparable from the environment that has created and influenced their music. Style-mixture is left over for others to define. What happens in their music is an organic amalgamation – they furrow, trench, delve and breathe through whatever calls to express their music. Classifications such as Jazz, Electronica, Noise or Post Rock are too constraining.

The roots of THE ANTIKAROSHI are heavily influenced mainly by D.C. Punk and Hardcore, while shooting forth rays into many genres by acting completely independent, musically and politically. The result is an album both surprising and overwhelming.